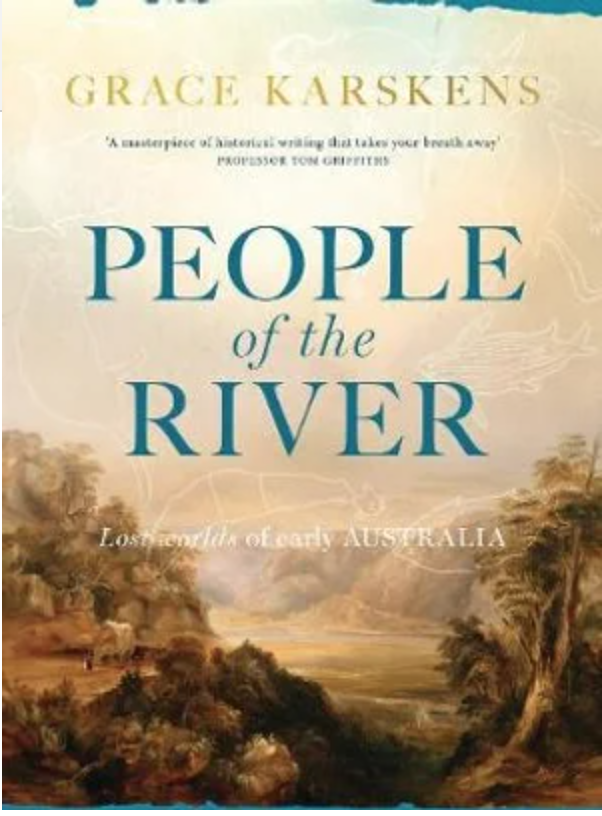 A landmark history of Australia’s first successful settler farming area, which was on the Hawkesbury-Nepean River. Award-winning historian Grace Karskens uncovers the everyday lives of ordinary people in the early colony, both Aboriginal and British.

Dyarubbin, the Hawkesbury-Nepean River, is where the two early Australias – ancient and modern – first collided. People of the River journeys into the lost worlds of the Aboriginal people and the settlers of Dyarubbin, both complex worlds with ancient roots.

The settlers who took land on the river from the mid-1790s were there because of an extraordinary experiment devised half a world away. Modern Australia was not founded as a gaol, as we usually suppose, but as a colony. Britain’s felons, transported to the other side of the world, were meant to become settlers in the new colony. They made history on the river: it was the first successful white farming frontier, a community that nurtured the earliest expressions of patriotism, and it became the last bastion of eighteenth-century ways of life.

The Aboriginal people had occupied Dyarubbin for at least 50,000 years. Their history, culture, and spirituality were inseparable from this river Country. Colonisation kicked off a slow and cumulative process of violence, theft of Aboriginal children, and ongoing annexation of the river lands. Yet despite that sorry history, Dyarubbin’s Aboriginal people managed to remain on their Country, and they still live on the river today.

The Hawkesbury-Nepean was the seedbed for settler expansion and invasion of Aboriginal lands to the north, south, and west. It was the crucible of the colony and the nation that followed.

Grace Karskens is author of The Colony, winner of the 2010 Prime Minister’s Non-fiction Award, and of The Rocks, winner of the 1998 NSW Premier’s History Award. She is a Professor of History at the University of New South Wales and a Fellow of the Australian Academy of the Humanities.