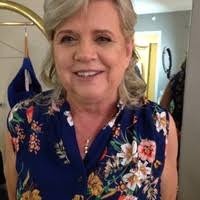 Eunice Sueli Nodari is a Brazilian environmental historian at the Federal University of Santa Catarina (Universidade Federal de Santa Catarina). Her research and teaching are an interface between history and interdisciplinary studies. She got her master’s degree in European history at the University of California at Davis (1992), and PhD in history at the Pontifical Catholic University of Rio Grande do Sul, Brazil (1999). In 1993 she was selected for a position as assistant professor at the Federal University of Santa Catarina (UFSC) and since 2016 she has been a full professor there. At UFSC she held the following
positions: director of undergraduate courses (2000-2004), vice-rector of extension and culture (2004-2008), coordinator of the graduate program in history (2010-2015), and head of the department of history (2017-2019). From 2015 to 2016, she was a visiting researcher at the Center for Spatial and Textual Analysis at Stanford University, under the supervision of professor Zephyr Frank. In these years she has taught
modern and contemporary history and environmental and migration history
to undergraduate history students, and global history and nature, migration, colonization and the use of natural resources, and socio-environmental disasters in the graduate programs of history (PPGH)
and interdisciplinary humanities (PPGICH). For the last 20 years, she has been conducting research projects and advising undergraduate and graduate students on topics related to changes in the landscape in southern America, forests and biodiversity, socio-environmental disasters, environmental migration, and digital humanities and spatial history. She is the main organizer of the International Symposium of Environmental History and Migrations, the main event in this field in Brazil, which has been held every 2 years since 2010 under the auspices of the Laboratory of Immigration, Migration and Environmental History, the only Brazilian academic research center dedicated to the environmental history of migrations. She was the local chair of the 3rd World Congress in Environmental History, in Florianopolis, July of 2019.
Since 2010 she has been a fellow researcher in productivity at the National Research Council, Brazil. She was elected in July 2019 as a member of the board of directors at the International Consortium of Environmental History Organizations. Her current project, From land to table: an environmental history of vitiviniculture in the Americas, is a
joint project with Zephyr Frank (CESTA/Stanford) and researchers from Mendoza and Buenos Aires, Argentina.

Has ecosystem management based on techno-scientific practices twisted sustainability?