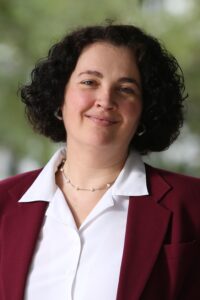 Erin Ryan is the Elizabeth C. and Clyde W. Atkinson Professor of Law at Florida State University, where she teaches environmental and natural
resources law, property and land use, water law, negotiation, and federalism. She has presented widely in the United States, Europe, and Asia, including the Ninth Circuit Judicial Conference, the National Association of Attorneys General, and the United Nations Institute for Training and Research. She has advised National Sea Grant multilevel governance studies involving Chesapeake Bay and consulted with multiple institutions on developing sustainability programs. She is the author of
many scholarly works and has appeared in the Associated Press, Thomson-Reuters Beijing, the London Financial Times, Foreign Policy, the Chicago Tribune, the Huffington Post, National Public Radio, and local NBC and CBS television news.
Ryan is a graduate of Harvard Law School, where she was an editor of the Harvard Law Review and a Hewlett Fellow at the Harvard Negotiation Research Project. She clerked on the U.S. Court of Appeals for the Ninth
Circuit before practicing environmental, land use, and local government
law in San Francisco. Prior to law school, Ryan served as a U.S. Forest
Service ranger at Mono Lake, the eastern watershed of Yosemite National
Park. She graduated from Harvard College with a degree in Chinese and received a Master’s degree in Ethnomusicology from Wesleyan University. Ryan spent 2011-12 as a Fulbright Scholar in China, during which she taught American law, studied Chinese governance, and lectured throughout
the country. She has also lectured at leading universities and government agencies in India, Japan, Vietnam, Israel, the United Kingdom, the Netherlands, Spain, and elsewhere.

Breathing Air with Heft: Legal and Cultural Responses to Environmental Degradation in China